Haigh, a chairde! Aon scéal? No, nothing here, either. 2020 sure has been unremarkable!

Anyway! The season 25 premiere is this week, and if you—like me—have forgotten what was going on when we last saw our much-loved friends in Ros na Rún, and also Emma and Rory, let’s journey back together and remind ourselves where we left things so we will know what we will be screaming about later this week.

The season 24 finale opens at Berni’s, where everyone is leaving for court in their most somber attire. You can tell things are serious because Bobbi Lee, rhinestone- and fringe-free, looks less like she’s on her way to do shots off a mechanical bull at Willie Nelson’s house and more like she’s Judge Judy. Berni grimly notes that the verdict in Andy’s trial will be today, and I believe this is what we call dramatic irony because we the viewers know something she doesn’t know: that this is the season finale, and therefore he will of course be acquitted. Oops, spoilers! Although, really, given that the prosecutor apparently got his law degree by mailing in three Nutty Pops box tops and a self-addressed stamped envelope, they shouldn’t be too surprised. 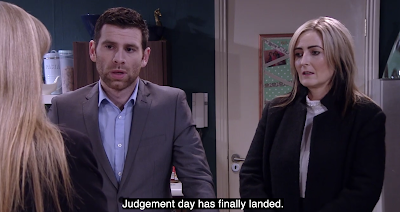 Anyway, Briain has a stank attitude about everything, as usual, so Berni sends him to go fetch coffee and maybe do some crunches and lunges somewhere so she can have a quiet word with Bobbi Lee, who is worried that she will never see Nathan again after today. We vaguely recall that Nathan told Bobbi Lee and Berni that Sorcha confessed that she and Briain were the ones who ran over Jude, but then recanted when faced with Berni’s intense fringe, and also Briain in the background writing “Sorcha” on a piece of paper and then balling it up and eating it while glaring at her menacingly. Berni advises Bobbi Lee that Nathan is just as bad as Andy, and that they’ll be lucky to see the back of him, but Bobbi Lee is sad because no matter how troubled he may be, he’s still her son. 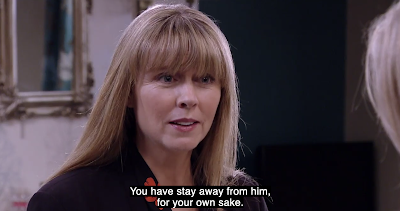 Few characters have entered Ros na Rún in recent years with as much instant drama as Niall--who can forget the Fia/Vanessa/Niall powder keg that went off when he arrived from Australia? Since then he's become one of the most interesting characters on the show, and in my opinion, the storyline in which he helped Nathan reveal his true identity to Bobbi Lee was one of the highlights of season 24, and certainly produced some of the season's best scenes.

We've learned a lot about Niall as a character since his arrival--though I think there's still a lot to find out about him yet--but what about the actor who brings him to life? Danny McCafferty (Danny Mac Eachmharcaigh) was gracious enough to do an interview with me in which he tells us about himself and gives us some insight into the character he plays and being a part of the world of Ros na Rún! 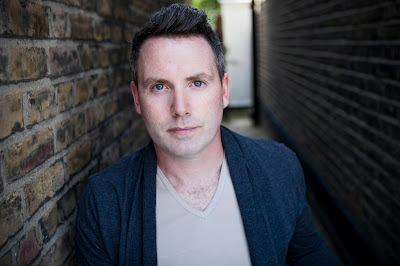 What are your favorite things about being on Ros na Rún?

Without doubt it's the fact that I never feel like I'm going to work. It's like I'm heading in to meet up with friends and we do some filming while we are there.

I would say that we are very similar. Niall is without doubt a version of myself. Now, having that said, there is no way I would find myself in the Niall/Fia scenario but I do try to to play Niall in a relatable way. 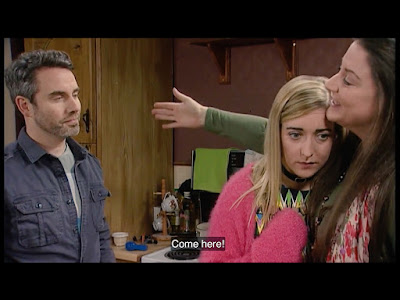 Where did you grow up and what was the role of the Irish language in your life?

I grew up in a tiny townland called Glasserchoo in the Donegal Gaeltacht. It’s hard to say what kind of role it played simply because it was the norm for me. I didn't learn to speak English until I went to school so I don't see it in those terms, but I would say that after spending years in the UK, I definitely have more of an appreciation for the language and I feel like I have to do my bit to save it. 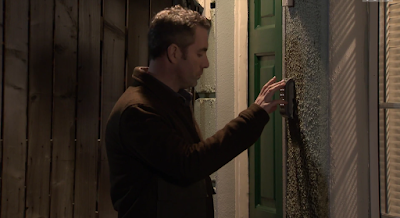 What has surprised you about being on Ros na Rún (in the making of the show or the reaction of the fans or anything else)?

I had worked on the other side of the camera for about nine years before I started acting in the show, so the making of it didn't hold any surprises. But fans' reactions is always something that takes me by surprise. To be honest--and I don't really know why this is--but I very seldom get recognized, so much so that a neighbor of mine and an avid Ros na Rún viewer refused to believe I was Niall when I told him I was in the show. Another friend of the family once told me that there was a guy in Ros na Rún that looks the spitting image of me. The funniest one for me though was that a woman approached my Dad in a shop and told him to tell me not to go near Bobbi Lee, that she was bad news. He had to promise that he would have a word with me.

Tyre Kickers, a short film you directed, was recently featured at the Galway Film Fleadh. What can you tell us about it and/or any future projects you are working on?

Yeah, I definitely want to continue directing more shorts. I would say that I get the same buzz that I do when acting. It’s just such a creative process from start to finish and I love working with actors. I suppose the thing is that I get them. There is an instant level of trust there from the offset and I find myself not having to prove that I know where they are coming from. Yeah, Tyre Kickers is at the start of its festival run, so fingers crossed it will be screened in plenty of festivals and if it picked up a prize or two that would be great. 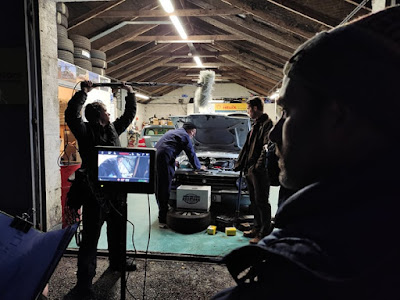 When Niall was introduced on the show, I never would've imagined him and Bobbi Lee as a couple, but they've been really fun together. What do you think makes them so good together, and do you ever feel pressure from the fans playing the love interest of a character as beloved as Bobbi Lee?

It is so much fun working with Annamaria and we really work hard on things that will make us more believable as a couple. Both of us love when we have to do an argumentative scene. We know each other so well now that we kind of push each other's buttons in the buildup and then we really go for it. She likes to push it more than me, I have to say! I took a lot of flack online for not being around when she was in court for Andy's court case. So it became clear to me that she is a big fans’ favorite, so I better play nice. hahaha 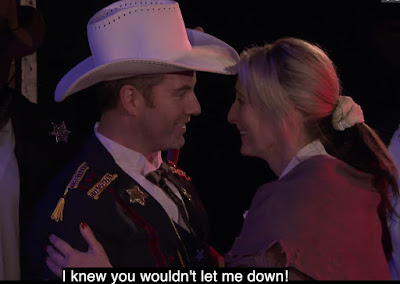 Which of these shows would you do best on and why: Dancing with the Stars; Big Brother; I'm a Celebrity--Get Me out of Here; or Masterchef?

Dancing with the Stars – Believe it or not, I used to work as a dancer and do trapeze in a club when I went to University. So I would fancy my chances as I'm fairly confident I can pull some shapes.

Big Brother – I used to love this show when it first started, when it would be different personalities stuck in a house. I like to think of myself as a really good judge of character. So this would be the ultimate test, but I would never do this show now as it seems to me that they just get a group of argumentative people and lock them in a house. I'm not one for confrontation, so I doubt I would last very long.

I'm a Celebrity--Get Me out of Here – Never really appealed to me this one. Although I would love to do a few bush tucker trials--especially the eating one. But if I had to do any that involved rats...! The group would go hungry that night.

Masterchef – I loooovvvvveeeee cooking. I doubt I'm good enough to have a stab at this show, but it is definitely the one I wish I could do.

It’s a crazy time in the world right now, but in terms of how different countries have handled it, I'm pleased I am where I am to be honest. Taking Covid out of the equation, we are heading into the colder months, so a sunny poolside wouldn't go amiss.

And there you have it! I have to admit, I may have given Niall...just a tiny bit of flack in my recaps when he first appeared. But he has since become one of my favorite characters on the show and Danny is really a terrific guy. When I met him in the green room on the set, when the Fia/Niall/Vanessa mess was at its messiest, one of the other actors told him I wrote a Ros na Rún Recaps blog and then he pulled out his phone and I thought, "Oh, God, he's going to see that I have been talking some serious smack about Niall while I am sitting right next to him on this couch...." Fortunately he seems to have forgiven me....
Thanks again to Danny McCafferty for taking the time to answer my questions! Stay tuned for (hopefully) more Q&As with Ros na Rún cast and crew and for the return of recaps when Season 25 premieres on September 22
Posted by Rich at 1:12 PM No comments: