Season 22 of Ros na Rún introduced several intriguing new characters, but perhaps none got into as many messes as Briain, who arrived in town as David's wayward cousin with a mysterious past and soon found himself in a scandalous relationship with Berni! Briain certainly caused trouble wherever he went, even though much of it was inadvertent, and I'm fortunate to have had the chance to talk to the actor who plays him, Colm Mac Gearailt, about himself, his character, and life in Ros na Rún! 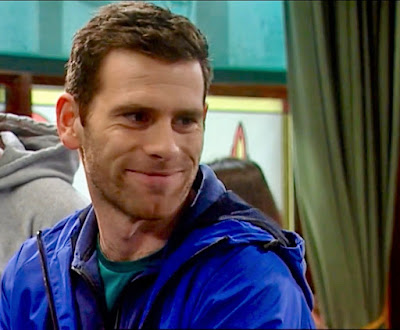 The level of talent, between directors, writers, crew, and other cast members, is a joy to watch. I’m often in awe when I watch the show, seeing not only some exceptional acting, but also how the performances that we gave as actors translated to the screen, between different angles and directors’ cuts. I love that this show is so important to people among the Irish language community, and that I can play whatever small part I can in bringing that entertainment to the wider community. I would also like to give a shout-out to Mícheál Mac Éanaí, one of the assistant directors, who was so good to me when I first arrived in Galway and knew hardly anyone, and who I consider one of my closest friends.

What do you think viewers would be surprised to know about making Ros na Rún?

I think the sheer amount of episodes that the show gets through in a limited amount of time. The whole production is something to behold! It’s a humbling experience, knowing that you are part of this much larger complicated machine that runs so efficiently. It was a privilege joining that team this year, and working with such consummate professionals.

The Berni/Briain story was one of the most entertaining of season 22, especially when Bobbi Lee and Evan got involved in it as it built up speed. What was being part of that story like?

Firstly, it was fantastic working with Fionnuala Ní Fhlatharta, who makes it so much easier for me to do well. She gives you everything you could possibly ask for in a screen partner, in terms of reactions, discussing scenes, and also being a joy to be around. Colm Ó Fatharta (who plays Evan) and I got on really well, being around the same age, and so we had great craic in the green room. Mind you, I’m a fairly competitive person, and he’s a big man, so there was no holding back for our few onscreen scuffles. In reality though, he’s a gentle giant 😃

In terms of filming, I think this blog has highlighted the numerous times that Bobbi Lee both stole the show and put her foot in things to hilarious effect. Annamaria is such a lovely person as well, that I really have nothing but fine things to say about working opposite Bobbi Lee, Evan, and Berni. 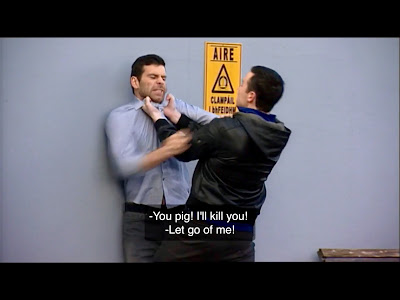 In addition to being an actor, you’re a scholar working on your Ph.D. in the history of education. How have you balanced these two parts of your life so far and what role do you see them playing in your career(s) in the future?

Generally, by consuming unsafe levels of caffeine. 😃 A typical day last season would have been going to set during the day, finishing up and spending another few hours going over lines and reading scripts for the following day’s work before working on a number of research chapters into the early morning.

In all seriousness though, working with Ros na Rún has allowed me to express myself in a creative way that has been fantastic. My academic work can satisfy the intellectual side of my brain, but sometimes it can be difficult to spend months working on something, oftentimes on your own in the archives or in dusty libraries and then have only a handful of people engage with that work. I am very lucky that right now I have the opportunity to satisfy these two sides of my personality. Moreover, Ros na Rún has raised my profile in a number of ways and given me a platform to discuss my research with more people by opening doors that otherwise would have remained shut for me, and for that I am grateful.

I believe myself and Briain would actually get on very well. I saw a lot of similarities such as his self-confidence and (generally) mature understanding of himself. We probably wouldn’t have seen eye to eye on a few issues, such as his indifference for his friendship with Evan, and his almost obsessive focus on his relationship with Berni, but then again, there’s a whole host of issues and anxieties which he would have had to deal with that I can’t personally empathise with: his stressed relationship with his mother, who had previously featured on the show and was a bit of a wild card (which we didn’t delve too much into this season but which helped shape my understanding of Briain), as well as his turbulent time in Australia, etc.

What I found though, was that Briain seemed to be a good and decent young man who, despite what others had assumed of him, was genuine in what he wanted, and what he did. 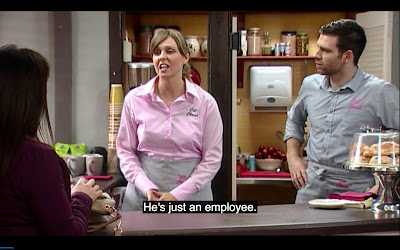 Is there a funny/weird/interesting memory or anecdote about being on  Ros na Rún you’d be willing to share?

I have two (well I have many more, but would probably get in trouble if I start releasing ‘state secrets’).  We had a scene last year where Bobbi Lee does her best to cover for myself and Berni when Evan comes home, and I got caught in a bit of a compromising position. This particular scene was filmed in the evening in late November (aired in Feb.). The door out of Berni’s sitting room leads to a fire escape where I was waiting to hear my cue. So effectively I was outside semi-naked and getting cold water thrown on me take after take, as I was supposed to be coming out of the bath. While we got on with the scene, I don’t think I’ve been that cold in a long long time. Needless to say, I convinced the director to break the ‘no liquids on set’ rule to bring me a cup of tea and a hot water bottle afterwards to avoid getting the flu so we could shoot again the following day 😃

There was also a case of life imitating art when I first came to Conamara, in that at the same time that Briain was told to leave David’s apartment and had nowher to stay, I was also couch-hopping as my accommodation for my first week filming fell through last minute. Again, one or two great people on the show helped me out and put me up until I got my own place, even though I had only met them, and showed their true colours as beautiful people.

What role did the Irish language play in your life/family/home as you were growing up?

The Irish language has been essential to my life. We speak Irish at home; I spent the formative years of my life in Corca Dhuibhne. While I moved to Dublin when I was 17, I continued to go to an Irish-language school. In fact, the first time I did any schooling through English was when I went to university. The language has given me so many opportunities, both personally and professionally, and I feel so fortunate that I’ve had it ‘ón gcliabhán’ as we’d say.

Our understanding of the world is defined by the language that we use, and the constraints and possibilities that this entails. While I can express myself in English, when I speak and write in Irish it seems to access a part of me that goes beyond myself and connects with something deeper. As an historian as well, the language has allowed me a connection with the past and with previous generations of Gaeil that I’ve been privileged to be able to consider.

It might just be me getting a bit jaded going into the last few months of the PhD, but probably sitting on a sunny beach somewhere with a strawberry daiquiri in hand. Ha. In all honesty though, being in a position to do what I love in terms of acting and in academia is a blessing, and I’m fully aware that I’m a lucky man.

And there you have it! Thanks to the wise and witty Colm Mac Gearailt for being so generous with his time in answering my questions, and for being a supporter of my Ros na Rún Recaps blog! Go raibh míle maith agat, a chara!

Have we seen the last of Briain, or will he be back to stir things up again? We'll have to watch and find out! The season premiere is September 4 on TG4, and then come back here for another season of recaps and chat!
Posted by Rich at 11:20 AM