It takes a lot of people to make an episode of Ros na Rún a reality, both in front of and behind the camera, and probably above and beside it as well. We all have an idea of what a director is from film and TV, but what is it really like being a director on a TV show like Ros na Rún? The best way to find out is to let a director tell us, and coincidentally today I'm talking to one of them! (Funny how that worked out.) It's "8 Questions with ... Eamonn Norris." 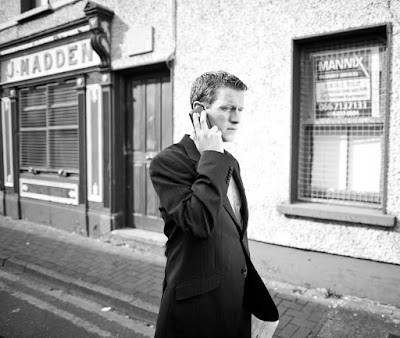 What is the director’s role and how does he or she work with the other members of the team (actors, crew, writers, etc)?

The director is trusted, along with the cast and crew, to bring the producers' and writers' vision of what the show should be to the screen.

Ros na Rún films both multi-camera and single-camera styles. Multi-camera is the more traditional studio-based setup and single camera is more like working on a feature film. The main difference is the speed at which we work. I often marvel at how fast that the Ros na Rún crew can complete a scene.

In post-production, the director works with the editor to see each episode to completion.

How did you begin working on Ros na Rún and about how many episodes have you worked on?

I applied for a position on Ros na Rún 10 years ago this year. I first worked as the assistant production coordinator which was based in the production office. I then worked on set as a stage manager and then a floor manager.

I left the show for a few years before coming back to begin my formal training as a director. I shadowed two of the senior directors on the show, Clare O’Loughlin and Stephen Butcher. Their training was invaluable.

When I was a floor manager, the directors Deirdre ní Fhlatharta (the current series producer), Cóilín O’Scolaí and Anne McCabe had a big influence on me.

I would say I’ve worked on over 150 episodes.

How long does it take to make an episode, and are they made one at a time in the order in which they’re aired, or are there typically multiple episodes being made simultaneously?

Each director is working on 3-4 episodes at a time and there are always two different directors filming at the same time with different crews. Other directors are in pre-production and in post-production at the same time. It is great to have the directors around to talk to about what is going on in their episodes. The sharing of knowledge and experience is vital. There is a great bond between us on Ros na Rún.

It takes several weeks to complete each cycle of episodes.

I think the sheer volume of work that goes into every episode is staggering. Everybody in the cast and crew performs a vital function for the show. There is a great sense of job satisfaction at wrap time when a cycle is complete.

Are any of the Ros na Rún sets/locations particularly challenging and/or fun to film in because of their layouts, lighting, sound, or anything else?

Each set brings with it its own challenges and every scene is different. Last season I loved the way the scenes at the polytunnel looked. I’ve a bit of a fondness for scenes set in the café as well.

Connemara is so beautiful that it is always great to get out on location and film in the countryside to showcase this amazing part of the world.

You’ve worked as a director, writer, and producer of a number of TV shows, shorts, and the feature film Making It. What are some of your favorite projects you’ve been involved with and what are you working on at the moment?

There are so many great moments, it is hard to narrow them down.

I’ll never forget being on set directing my first short film, Timeless. It was a really great feeling to be directing a cast and crew on a film that I had also written.

A lot of my work outside Ros na Rún as a director tends to be in comedy. Probably the best laugh I had on set was when we were working on my second short film, The Countryman.

Working on my first feature film as director, Making It, was an experience I will never forget. Seeing it go out and play at film festivals and hearing people laugh at what we worked so hard to create is a wonderful feeling. Being the opening night film at the Kerry Film Festival and playing at the Galway Film Fleadh were definite career highlights.

I worked on the New York-based CBS television show Blue Bloods in 2013/2014. I learned a lot working there from great people.

From my first day working on Ros na Rún, I really hoped that some day I would be a director on the show. I am really grateful to everybody that helped to make this happen, and I try to never forget how lucky I am.

I am directing Ros na Rún over the next couple of months, and my writing partner Fred O’Connor and I have written our second feature and are currently revising the script. It is another comedy. I love the horror genre, too, and I’ve been developing an idea there recently. I hope to direct another feature film in the not-too-distant future. It is important to keep the momentum going. 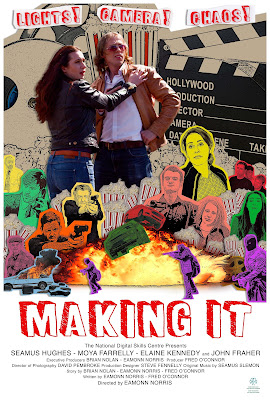 You and Domhnall O’Donoghue, who plays Pádraig, have been friends since you were young. What’s it like working with someone you’ve known so long?

Domhnall and I were in school together since we were four years old and have been best friends for years.

It is amazing getting to work with so many people I consider close friends on Ros na Rún, but I get a special kick out of directing scenes that Domhnall features in. Domhnall has great comic timing but also brings a lot of emotional depth to his storylines on the show. 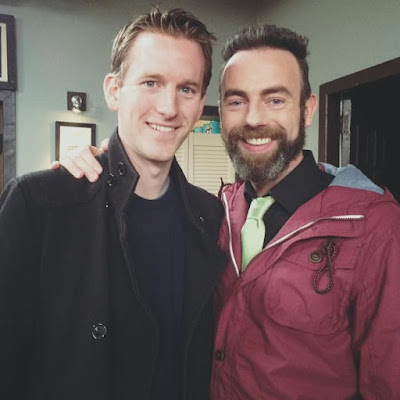 What are some of your favorite Ros na Rún stories, scenes, or sequences that you’ve directed and what made them so memorable for you?

In season 21, I loved the story where David was fighting to save the Teaghlach against Tadhg and Muireann. The episode had a classic hero's journey structure to it, and like the sheriff coming back to save the town, David arrives into the Ionad Pobail meeting to take on Tadhg. He couldn’t have done it without Gráinne's strength and belief in him. I love them as a couple.

The Adam storyline last season had a big impact on me as well, and the scenes with Fia and Adam in the B&B were really brilliantly performed by Muireann and Seán. When I saw the episodes go out, I thought, ‘Wow, that was powerful’.

I am always thinking of the future but try and remain focused on the here and now. Currently I am in Spiddal and I wake up each morning and see the Atlantic Ocean from my front window. That has a very positive impact on me. Being here now directing Ros na Rún feels like the right place to be. I feel I am where I should be. 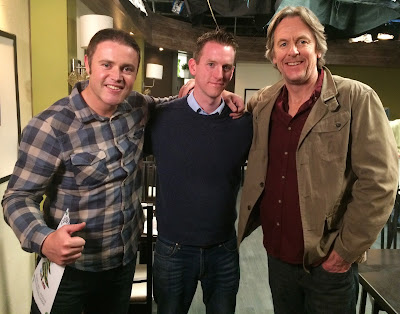 I'm struck by how many of the Ros na Rún folks I've talked to have answered that last question by saying they're happy right where they are in Connemara -- it says a lot about the place and the people, I think. Thanks to Eamonn Norris for taking the time to answer these questions and for giving us all a look at what goes into bringing an episode of Ros na Rún to life. Watch for his name in the credits in season 22, which begins very soon -- September 5 -- on TG4, and worldwide on the TG4 player!