Last week's "8 Questions with Domhnall O'Donoghue" has been a huge hit, getting more pageviews than any other post in this blog's history! Which goes to prove my long-held theory that everybody else is more interesting to listen to than I am. Anyway, since it's been such a success, I guess it's a good thing that I've got more of these features lined up, thanks to the incredible generosity and kindness of the Ros na Rún cast and crew.

And oh look: here comes one now! It will come as no surprise to anyone who's ever read one of my recaps that a) I am very wordy and b) I completely love Bobbi-Lee. No other character on the show makes me laugh the way she does, and when it comes to giving me tons to say in a recap, her scenes never disappoint. So I'm thrilled that today I can offer you ... "8 Questions with ... Annamaria Nic Dhonnacha!" 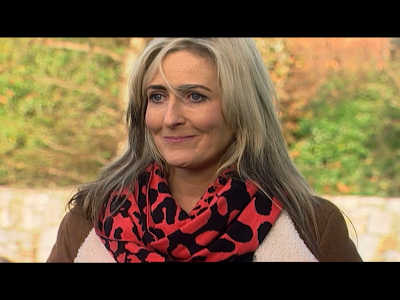 One of my favourites has to be the chance of immersing myself emotionally and mentally into different storylines ... shaking off Annamaria and becoming Bobbi-Lee lolll !! Also the bond the actors have formed together as we practically see more of each other for 6 months of the year than we do family.

How do you think you and Bobbi-Lee are similar, and in what ways are you different?

Well, we both have a major grà for music and we both have our head in the clouds with wild imaginations, lol. On the other hand she can work things for her benefit and can be quite ruthless if needed, so that's where we differ.

How do you think you would get along with Bobbi-Lee in real life?

I think we'd actually get along quite well in real life ..yup!!  Me and the bold Bobbi-Lee could be besties, I think! loll

Well since we only have the 6 months to film we have prerecorded 3 months roughly in advance, so we record spring/summer scenes in cold cold January and beg the sun to shine down on us ...  though we're very lucky to have a fab wardrobe team who keep us all cozied up with hot water bottles and padded coats for those wintry days.

Is there a funny/weird/interesting memory or anecdote about the show you'd be willing to share with us?

OK, well this I actually found weird ...  as you all know my daughter on the show (Lee) died in a car accident and I never realised until we were filming her burial that the date engraved on her coffin was 3rd September ... that being my own actual birthday!!!!

If Bobbi-Lee went to karaoke, what song would she sing?

I don't know why but "These Boots Are Made for Walkin'" springs to mind for some reason ... that and "D.I.V.O.R.C.E." so she could get into real drama and woe-is-me mode, lol!

The cloud of comic chaos that follows Bobbi-Lee around is one of my favorite things about the show. What is it like switching between comedy and drama and do you find one easier to do than the other?

That's exactly it ... comedy and drama. In Bobbi-Lee's case even the dramatic moments have a streak of comedy in them at times. I tend to have a lot of comical scenes but love the edge to real serious moments too.

Would you believe I found this question the hardest of all ... so many places and so many things to do, but when I really thought hard I'd have to say exactly where I am and doing what I do. I'm in a good place right now and long may that last! 😃 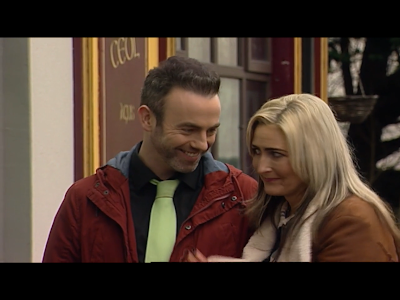 Aww, I love that last part! And would you believe I imagined Bobbi-Lee singing "D.I.V.O.R.C.E." when I asked the question, too??

As you can see Annamaria is every bit as lovely and funny as Bobbi-Lee is, and she's always been so good to me and my little recap blog. Many many thanks, Annamaria, and I can't wait to see what the unsinkable Bobbi-Lee gets up to in the upcoming season 22!