For the past couple of years, Adam has been a recapper's dream: you never know what he's going to do, but you know it's going to be entertaining! Alternately mustache-twirling telenovela villain, sympathetic loner, and hilarious rogue, when Adam is onscreen, it's hard to take your eyes off him. So I'm very happy to talk today to the man behind the mystery, actor Seán Ó Baoill! 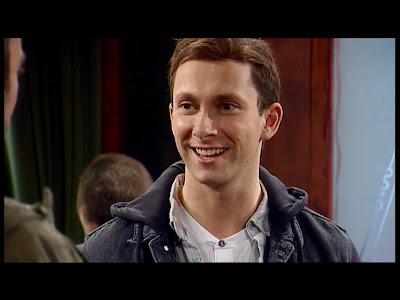 I am at my happiest when on set or on stage doing the thing I love the most, acting. Being able to use my native tongue in my craft makes it all the sweeter. I know it sounds a bit soppy and cliché, but we are like one big family and I have made some real genuine friends there. I really am looking forward to getting back to Ros na Rún…!!

I really like Adam as a character… and really enjoyed his storyline last season. He became less one dimensional as a character -- we found out more about him as a person, his backstory. The audience got an opportunity to understand him and were able to relate to him.

As an actor you draw on your own life experiences when developing your character; therefore, there will always be a bit of me in Adam.

That said, personally I have never been a drug dealer or tried to run someone over with my car!

Perhaps the amount of people it takes to make the show…. it’s very much a team effort, and everybody plays an important part in the making of the show.

The question I get asked the most is what Tadhg is like in real life… and to answer that, he is a true gent!

Do you have any funny/weird/interesting anecdotes about working on Ros na Rún?

Adam has been in some heated arguments and has been really horrible to people since being introduced 3 years ago. I always feel the need to apologise after filming the scene, especially at the start.

We really have such a laugh on set and in the green room and outside of work. Myself, Muireann (Fia) and Máire Pheitir (Máire) have had some laughs in the B&B this year.

Adam’s coming-out storyline was one of the highlights of season 21. What was telling that story like for you as an actor?

Thanks! 😃 I was excited when I was told about the storyline and also a bit nervous. Ros na Rún, like all other soaps, has a big responsibility; it was important that it was done right, that there was a purpose for the storyline... and there was.

I had great support the whole way through. The script department were great, and I got to work with really brilliant directors, and of course a big shout and lots of grá to Muireann (Fia), Mairé Pheitir (Máire), Angela (Katherine), and Domhnall (Pádraig). They all played a big part in the storyline. They are all exceptional actors, which really helped me, and the storyline, a great deal.

I feel it was really important to do this storyline. It was made all worthwhile with the feedback and messages of support received. I learned that it can still be equally difficult for some people to come out today in 2017.

What would Adam sing if he went to karaoke?

"I’m Coming Out" by Diana Ross…  or myself and Máire Pheitir singing "Don’t Go Breaking My Heart" by Elton John and Kiki Dee… forget karaoke, I can see a Christmas album here! Máire is actually a very talented sean nós singer... myself, not so much!

In addition to being an actor on Ros na Rún, you’ve also worked as a radio presenter and video journalist. What are some of your favorite projects you’ve worked on, and what are some of the other things you’d like to try in your career?

I have been very lucky with the opportunities I have been given and equally thankful to be kept so busy. Sometimes it can be stressful, but I enjoy it so much.

I’m currently shooting a documentary for TG4, which is nerve wracking, because I am literally shooting it myself with the camera, but really enjoying the experience and working alongside one of my close friends on it. Here's hoping we are still friends at the end of it, lol!

I also love working with BBC Radio during the summer months, and then the TV series An Focal Scoir, which again was something totally new to me. But I really enjoyed being a reporter on that series, and getting to meet and speak to really couragous and inspirational people and help them share their stories.

I hope to continue with radio and TV work…. but acting is my first love 💖

I’m in Donegal at the moment and there is nowhere else I would rather be right now surrounded by beautiful scenery, my amazing family, and my wonderful friends.  #lovebuzz 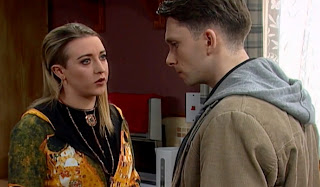 Well, I think we all want Adam's Christmas album now! Thanks to Seán Ó Baoill for taking the time to answer my questions, and I absolutely cannot wait to see what Adam gets up to in season 22, coming September 5th!